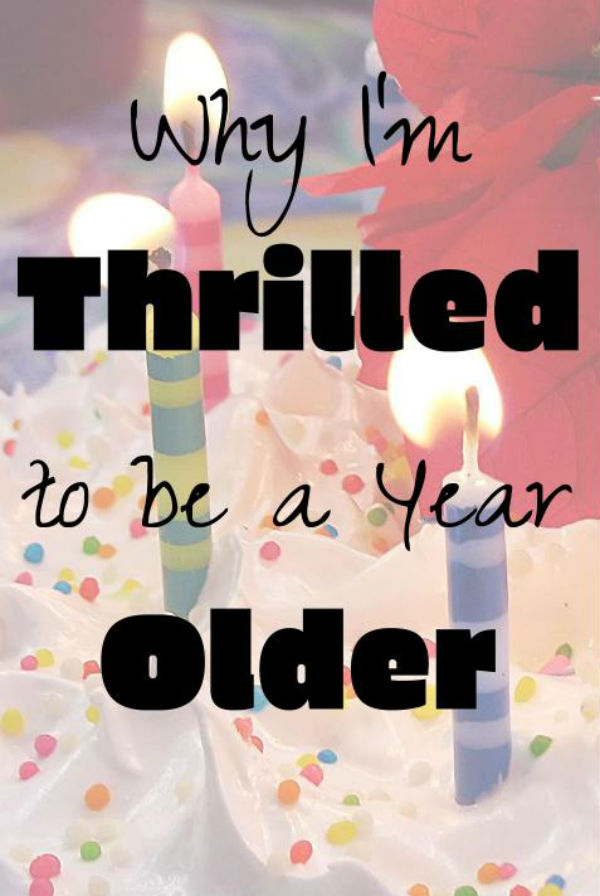 Ever since my 21st birthday, every subsequent birthday seems to bring with it a wave of depression and disappointment. Every birthday signals that I’m a year closer to thirty, or forty, or death, and it seems like I have nothing to show for it. Last year, on the eve of my 26th birthday, I wrote a journal entry:

As of tomorrow, I’ve spent 26 years on this earth and I’ve somehow managed to accomplish nothing. Everyone else is having successful careers, getting married, having babies…If I died tomorrow, the only major accomplishment of my life would be dying on my birthday, which is kind of a cool coincidence.

About three weeks after this entry, my life completely changed. I’ve struggled with bipolar disorder for all of my adult life (if you want to read more about my diagnosis, read my about me page). Depressive episodes peppered with mania weren’t new to me, and when I started to fall into a deep depression right around my 26th birthday, it seemed like par for the course. I had trouble getting out of bed to go to work, I had trouble showering, feeding myself, doing anything other than lying in bed all day. I took day after day off work, and since I was in a job where I was paid hourly, this meant that I was rapidly going broke. There were also a lot of changes happening in my personal life that I wasn’t equipped to handle, and the resulting depression was the worst episode I’ve ever had.

Like most people who’ve suffered from depression, I had thought about suicide in the past. When my depression had gotten really bad, I would think about how nice it would be to just stop existing. During my depressive episode last winter, something changed. Suicide went from a passing thought to a wish, from a wish to an obsession, and from an obsession to a plan.

One night when my roommate was out, the pain I was feeling became unbearable. I pulled out every prescription medication I had. My propensity for getting sick and injured means I have a pretty large collection of prescription pain medications. I sat cross-legged on my bed and laid the bottles out in front of me, seven in total. I have no idea how long I sat there staring at those bottles, wondering if this would be the time I finally took them all. When I heard my roommate’s key in the lock, I hurriedly hid the bottles, relief warring with disappointment that tonight wouldn’t be the night after all. Instead of telling her what was going on and asking for help, I started a fight because she had come home an hour later than she said she would.

After a long fight and a lot of tears, I finally admitted that I was angry with her because if I had taken the pills right away, she wouldn’t have made it home in time to save me. Needless to say, this got her attention. After more fighting and more tears, she finally convinced me to call my mom, who drove the three hours to come see me.

In true Chicago fashion, a nasty snowstorm dropped almost two feet of snow on us the day after my mom got there. I had a particularly bad night that night. I couldn’t sleep, and I cried for hours. I have very little memory of this, but I do remember sobbing “I want to die,” over and over and over again.

The next morning, based on the four hours of phones calls I made, I’m pretty sure every psychiatrist’s office in the city of Chicago was closed due to the snowstorm. Finally, I found a place that was open. It was a hospital, and they had free, 24-hour emergency assessments. We took a cab there, and after a grueling seven hours in a bare exam room, I was admitted.

I have struggled with depression for as long as I can remember, but it’s always been manageable. Sometimes it sucks and everything hurts and it seems impossible to even lift my head, but I’ve always been able to pull it together enough to do the things that needed done. I have always viewed myself as minor-league crazy. Medicated, in therapy, but mostly okay. All of a sudden, I was looking at major-league crazy. I was being hospitalized for wanting to kill myself. That was so far outside the realm of what I had previously considered possible, and it was terrifying.

I’ll save the details and the aftermath of my hospitalization for another post, but the next six months were by far the hardest of my life. I was fighting for my life every day, and I was only barely winning.

I changed medications, and I started seeing a wonderful therapist. I slowly started to do the things I was passionate about again, and little by little, things started to get a little easier.

I did the American Foundation for Suicide Prevention’s Out of the Darkness Walk and raised $250 for the cause. I listened to Brené Brown talk about vulnerability and I started (very, very reluctantly) practicing mindfulness. I went from feeling awful all the time to feeling awful most of the time. This doesn’t seem like a major accomplishment, but those days where I felt okay were like the most magical thing I had ever experienced. Having a few minutes or even hours where I didn’t want to kill myself felt like finally getting a full breath of fresh air when I had been drowning for months. Slowly, I started to feel awful only some of the time, and instead of feeling okay when I wasn’t feeling awful, I started to feel good. Every now and then, I even felt great.

I’m turning 27 today, and I’m over the moon. I have never been so grateful for a birthday, because I almost didn’t get one. 26 was the hardest year of my life, but I survived. I learned how to love and care for myself. I learned that the only person worth comparing myself to is past me. I learned that life can be messy and hard and terrifying, but every day that you still have one is a day worth celebrating.